London Fields Brewery will be relaunching at Craft Beer Rising. The east London brewery is showcasing two core beers at the UK’s biggest craft beer festival, starting tomorrow. The team, including new Head Brewer, Talfryn Provis-Evans, will be on hand to guide beery folk through their revamped core line-up, including Hackney Hopster (4.2% ABV), a thirst-quenching pale ale with hints of grapefruit, lemon zest and gooseberry followed by a dry, fresh finish and 3 Weiss Monkeys (5% ABV), a hoppy wheat beer blending two styles (Hefeweizen and IPA) for a tropical boom of flavours including banana, citrus and spice.

Head Brewer Talfryn is reworking the London Fields core line-up at Truman’s Brewery in nearby Hackney Wick, while the London Fields Brewery site undergoes construction of a brand spanking new brewhouse – due to open towards the end of 2018. As good friends and neighbours within the local brewing scene, Truman’s and London Fields Brewery are commited to an ongoing partnership with benefits for both breweries. James Morgan, Truman’s re-founder says: “Several of our team, both past and present, started their careers in beer at London Fields and it’s great to be in a position to help them rebuild. We both have big plans for the future and the current beer scene offers so much opportunity for us to work together.”

London Fields Brewery’s stand at Craft Beer Rising will also feature an exciting collaboration between brew maestro Talfryn and his east London buddies, Crate Brewery, in the form of a lychee & coconut sour. In addition, Talfryn has teamed up with an old university mate at Peterborough-based Nene Valley Brewery, to create their interpretation of banoffee pie in beer form. Banoff with your head riffs on the trend of creating sweet and often sickly, dessert-themed beers or ‘pastry stouts’ but is actually a surprisingly sessionable banoffee ale. In this take, the banana comes from the yeast, the toffee from the malt, the milkyness from lactose and a sprinkle of chocolate from cocoa nibs.

The coming year will see London Fields Brewery developing experimental and one-of-a-kind brews alongside its core range. “We want to work with local breweries, scientists and other creative minds to explore new collaborations and produce some high-intensity, pleasure inducing beers.”

Previously Head Brewer at London’s Redchurch Brewery and a prominent figure within Crate Brewery, Beavertown Brewery and St Peter’s Brewery in Suffolk, Talfryn has an abundance of brewing knowledge, drawing from both traditional and contemporary techniques and practices. 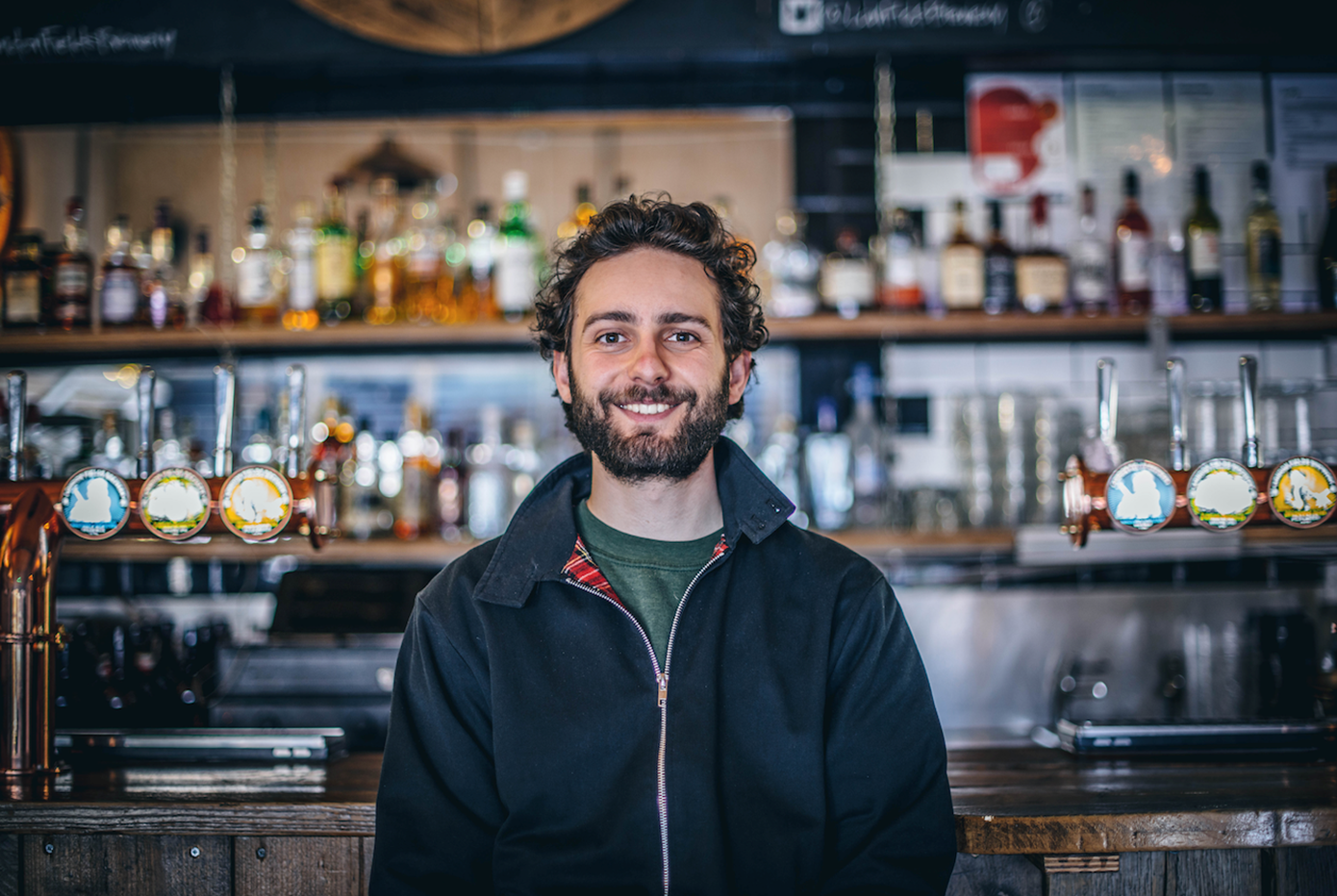